Welcome to the World Cup final!

We started with thirty-two nations competing for the World Cup, and only France and Croatia remain. There wouldn’t have been many people predicting this, not even Croatians. No Brazil, who were knocked out by Belgium in the quarters, despite having dominated the game. No Spain, who suffered at the hands of their own lack of ambition. No Germany, who joined the list of reigning world champions that fell at the first hurdle.

As this is likely to be my final World Cup piece – no need for the tears or the patronizing slow clap – I thought it best to wrap up the tournament with a brief look at: the final; who I believe is deserving of the Golden Glove (given to the best goalkeeper) and the Golden Ball (given to the player of the tournament); and my favorite three moments from the tournament.

My heart’s vote isn’t because I like Croatia, necessarily, but more that I’m not one to root for the French team. (Being English and Turkish, I remember that, on their way to the World Cup final, Croatia did eliminate Turkey during the qualifying groups. I can forgive that, though. For now.)

France have an exceptional team, and Didier Deschamps, who won the tournament as a player in 1998, is a great coach, even though he looks confused most of the time. They have many world-class players who could win the game, whereas, Croatia will be heavily reliant on 32-year-old Luka Modric. One other important piece of information: Many of the current French players were part of the squad that lost to Portugal in the European Championships Final two years ago. They were favorites in that game, too, but ended up losing to a goal from Eder. They will be reluctant to let that happen again.

So, let’s say that Croatian team outperforms France. How long could they do that for? The Croats’ energy level will definitely come into question. During the knockout rounds, Croatia has played 120 minutes of football against each of their three opponents, whereas France cruised past Argentina and Uruguay, before a good win against Belgium.

I can even picture the tactics boards prior to the game:

1. Don’t let Paul Pogba control the game.
2. Keep an eye on Giroud, as he likes to run behind the defense.
3. Don’t let Griezman receive the ball between midfield and defense.
4. Watch out for Matuidi’s late runs from deep.
5. Pavard and Hernandez like to go forward. Our wingers need to track them.
6. Make sure you double up on Mbappe, as he is too quick for us.

France will definitely go into the game as favorites. They have world-class players all over the pitch. Players that have improved as the tournament has gone on. On the other side, Croatia is a nation that has always been decent but has never really expected to reach the latter stages of a tournament. The best previous performance was a World Cup semi-final in 1998, which was (ironically) held in France.

A World Cup final. It doesn’t get any bigger than this, especially for players from the Croatian side, who may never experience this again. Some of the older players, like Modric and Corluka might even call it a day after this game, knowing that it would be a great way to end an amazing international career. Obviously they would love to win the tournament, but this game, against a strong and experienced French side, may be one game too far for them.

I would give it to Hugo Lloris (France), but only just over Jordan Pickford (England). He has been exceptional throughout the entire tournament. Some of his saves have been incredible, and he has lead by example. His save in the semi-final from Toby Alderweireld’s shot was incredible. 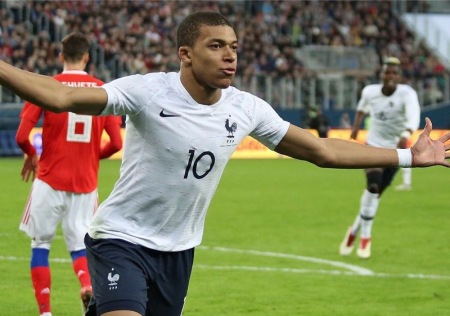 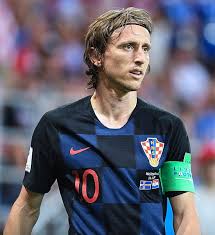 It’s very close for me between Kylian Mbappe and Luka Modric. I would definitely give it to the latter, though. As good as Mbappe has been, he didn’t really do much in the group stages, mainly because he didn’t really have to. Modric, on the other hand, has been the catalyst and mastermind behind Croatia’s success. Without Mbappe, France could still have made it to the final, but without Modric, Croatia wouldn’t have gotten out of the group stages.  I’m confident FIFA will award it to Mbappe, because they like to give it to whoever they like instead of who played well. The 2014 cup was proof of that, when Arjen Robben deserved the Golden Ball, yet Lionel Messi was given it. Shocking …

This moment came pretty early on in the tournament. It was the match between Portugal and Spain. This game was my favorite from the entire tournament. There were huge players on show, plenty of goals being scored, and a hat-trick from one Cristiano Ronaldo. This game signaled the start of a fantastic tournament after the dross that we had witnessed on the previous day – and to some extent, the previous two World Cups.

They played well, got to the semi-finals and even won a penalty shootout (the latter being something of a rare occurrence. Don’t believe me? Ask any England fan or the England coach, who missed in the 1996 Euro’s semi-final. The same fate followed the national team in the 1998 World Cup, when England was eliminated by Argentina). Unfortunately, as per usual, some England fans, both back home and abroad, took celebrations to a destructive level. I just don’t understand why. I, for one, actually wanted England to do well for a change. The main reason: The memes! 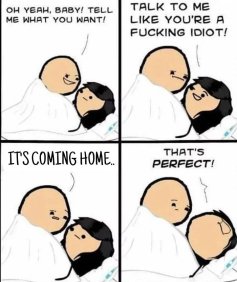 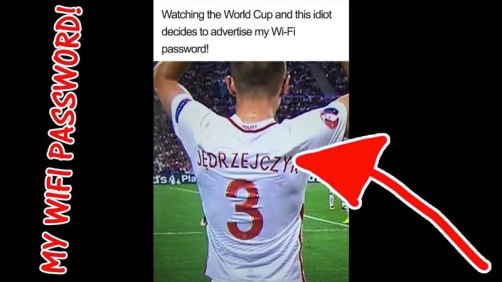 (A few of my favorites)

I have especially loved the “It’s Coming Home!” memes. England fans were using any excuse to tell the whole world that “Football is coming home!” The origin of the statement comes from a song by Lightning Seeds, and featured David Baddiel and Frank Skinner. The original song was created before the 1996 European Championships, and was then re-released with a few alterations before the 1998 World Cup.

This song has just reached Number 1 in the U.K. music charts for the 4th time. Baddiel and Skinner will be financially rewarded again, and probably keep being rewarded every two years, when a major tournament is being played.

Of course, leave it to folks to then take it to a new level:

[Editor’s Note: The memes following England’s defeat have been just as delightful, if a bit of a sore spot. Memes … such a delightful waste of time.]

Sit back, relax, watch and burst into laughter!

Thanks for that, mate!

What a tournament it has been. Full of goals, drama, upsets and VAR. I have seen every tournament since 1998, and this one ranks up there as my second-favorite of all time, after the 2002 World Cup.

For any first-time viewers, I hope you enjoyed it as much as I did. Thank you Russia, for being a great host, contrary to what was expected, and I hope to see you guys again in four years when the tournament is in … wait, what? Qatar? I guess the Brexit vote isn’t the only decision that needs to be revised …

Manfriend has been a hell of a … let’s say, World Cup correspondent for this otherwise sports-less blog. To revisit all his thoughts, predictions and informative breakdowns from this year’s World Cup, read on:

Thanks so much for your insights and incredible hard work. I, for one, am so thankful, if only because I could join football conversations and sound like I knew something about sports.

School trip to Beijing Water Town. When I see this many kids in one place, I would’ve naturally turned away and gone home...not an option this time. #school #trip #beijing
A great day out to Beihai Park （北海公园）before the major crowds came flooding in.
I know I didn’t order this!
Nando: “We must spoon for warmth, and need a comfortable place to do it...”
Loading Comments...
Comment
×
%d bloggers like this: