It’s no surprise, on a night out, to see the occasional bunch of men firing off empty threats, trying to intimidate one another. Sometimes, it ends up in some minor handbags. And then, somehow, these “tough” men are separated by a bunch of their tiny friends, or even a girlfriend who is minuscule in comparison.

Well, that’s how it usually goes, unless you are a trained killing machine.

This weekend, Saturday 6th October, sees the much-anticipated fight between Khabib “The Eagle” Nurmagomedov, and Conor “The Notorious” McGregor. Unless you’re a fight fan, I highly doubt you have heard of the prior. But the latter is a celebrity in his own right, (if a very annoying one).

But before we go into too much detail, let’s have a look at the fighters. 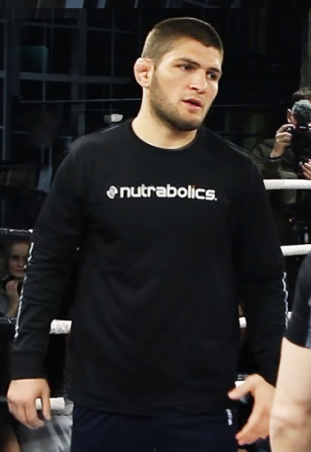 So, why is this fight so special?

Well, both of these men are incredible fighters. Khabib is a master at getting his opponents into difficult positions, and pushing them to the brink of a bone break, leaving them no alternative other than to tap out. Conor, on the other hand, is more of a stand-up fighter who prefers to use powerful strikes from distance.

This will be Conor’s first fight in two years, ever since he knocked out Eddie Alvarez in New York. In those two years, he did manage to convince Floyd “Money” Mayweather to come out of retirement for a boxing match. (A match that was designed to line both these money-grabbing so-and-so’s pockets.) They were successful in doing that. The result was an expected 50th win for Floyd, lots of champagne for all involved, and a pair of athletes who were much better off by the end of the night.

Even though this fight will not be able to generate the same amount of revenue, it is expected to break the record for a UFC fight, beating the previous record set at UFC 202 – Nate Diaz and Conor McGregor rematch.

Having said all of that, Khabib vs Conor isn’t all about the money. It’s more about a pure hatred they seem to have for one another. Conor has outright insulted Khabib in every way possible, even targeting his father (who is also his manager) by labelling him a terrorist and snitch. Conor’s also talked about Khabib’s “glass” chin, how Khabib always fails to make weight – he even offered the Russian, a devout Muslim, some of his own brand of whiskey.

They clearly don’t hide their disdain for each other.

This is all normal behaviour for The Notorious, but he did take it a step too far by attacking Khabib’s team bus after a UFC event.

Recently, while watching a teammate compete, he tried to jump into the cage on a couple of occasions, which ended up with the referee intervening. Obviously Conor, the guy who does what he wants, wasn’t happy about it.

Yet, somehow, he has avoided prison.

Well, this post is a great example of why! Conor wants to remain relevant. The guy loves himself and wants everything to be about him. He knows that people will continue to talk about him while he does outrageous things, whether it be attacking a referee or referring to Vladimir Putin as a “friend and one of the greatest leaders of our time.” (Yeah, sure he is Conor! Seems like someone landed a hook to his own head.)

In contrast, Khabib doesn’t like to be in the limelight as much. He does most of his talking in the ring, and so far no one has been able to shut him up. He currently holds the longest unbeaten streak in all of Mixed Martial Arts (MMA) with 26 wins. His wrestling and grappling skills are the best of any fighter I have seen. When you combine that with his relentlessness, you can begin to understand why he is deemed unbeatable.

So what will happen in the fight?

Khabib will go into it as favourite, partly because Conor has been out of The Octagon – the name of the ring as it is an octagon shape – for two years. He is also the more resilient fighter and able to slug it out for the full five rounds if needed. In doing so, he needs to make sure that he doesn’t allow too many strikes to his weak knees. But Conor is incredible. He has lethal punches that are too much for any fighter to handle, and accurate kicks that can end any fight in an instant. That said, the last time Conor fought a grappler was in 2015, and Chad Mendes threw him around like a rag doll, before eventually losing to The Notorious one.

Khabib will go for the take-down and Conor will try to outbox his opponent. It’s as simple as that. If the fight goes to the floor, which I am expecting to happen, it won’t last very long.

Either way, it will be an intriguing fight ,and as always Conor “The Notorious” McGregor will come out of it bragging about his pay-check more that what happened in the fight.  After all, he will still be the biggest star in the UFC no matter the result. Whereas a defeat from the fists of Conor will turn Khabib into a nobody. Just like it did to Eddie … what was his name again?

Just a few snaps from Zhangye and Lanzhou to finish off a fantastic holiday. * * * #china #gansu #zhangye #lanzhou #nightlife #river #foodstreet #bridge #snack #snacks #lights #view #views
Second day in Zhangye was spent at 马蹄寺. Funnily enough, when we got there, and saw the first of a string of temples, we thought that we had already seen the temple, but was pleasantly surprised to realise that we were being foolish once the actual main attraction was reached. Obviously we climbed to the top, which is/was a huge achievement for someone (me) who struggles to use glass lifts from a fear of heights! * * * #china #zhangye #matisi #holiday #coupletravel #asia #travel #tourist #travelphotography #naturephotography #temple #temples #picturesque #buddhism #buddha #gansu #westernchina #mountains #mountain #choosemountains #vacation
Even though it was our ‘plan b’ to Yunnan, Gansu has shown that it deserves a plan A+ position in any travel plan. What an amazing place, and even more so after the visit to the Danxia Geological Park to see the Rainbow Mountains. * * * #asia #china #mountains #picturesque #coupletravel #rainbow🌈 #rainbowmountain #dancianationalpark #danciageologicalpark #colour #amazing #travel #travelphotography #naturephotography #breathtaking #breathtakingviews #gansu #onceinalifetime
Once in Gansu, without wasting any time, it was a coach trip to Liujiaxia, for a speedboat ride to Bingling temple and back, and then another coach to Xiahe, via Linxia. What awaited was a couple of days at Labrang Monastery, where Buddhist monks have studied for many years. We even got a tour from a monk. What an experience! * * * #buddhism #buddhist #monk #coupletravel #holiday #religion #buddha #grotto #binglingsi #lambrangmonastery #monastery #gansu #china #china🇨🇳 #naturephotography #vacation #liujiaxia #xiahe #linxia
%d bloggers like this: