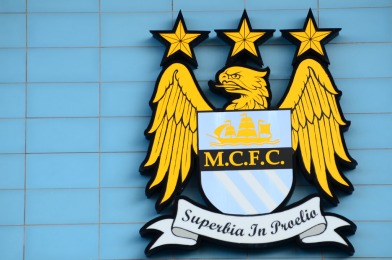 We are only half-way through the season, yet the game tonight between Man City and Liverpool has the ring of a title decider.

A win for the Reds (Liverpool) will put them nine points clear of a very inconsistent Tottenham, and ten ahead of Man City, who are the only serious challengers. I realise that there are still 17 games after this one, with a total of 51 points to play for, but that will not be enough for the chasing pack to pass a formidable Liverpool side (that have only failed to obtain six of the 60 available points possible so far).

More importantly, Liverpool are playing with freedom, and a swagger that no other team seems to have this year. In Salah, Mane, and Firmino, they have goals. Defensively, they are stronger, and there is a lot of force and doggedness in midfield. Shame about the lack of quality on the bench.

Will a win secure the title with half the season to go?

Short answer: Yes, I believe so!

Looking ahead to Liverpool’s fixtures, they play both Chelsea and Tottenham at home, which is a great advantage. The only tough-looking away fixture is to Old Trafford – to face a rejuvenated Manchester United – on February 24th (a trip that Manchester City also have to make on March 16th).

So, if Liverpool win, the title is theirs.

Manchester City will be defiant going into the game, despite being on a bit of a bad run of late. Three defeats in the last five league games has put them in a bit of a precarious situation in terms of the title, yet they can go into the game knowing that they dominated Liverpool at Anfield. On that day, surprisingly the game ended goalless. The recent lack of points for Manchester City coach Pep Guardiola shouldn’t surprise anyone. Even at Barcelona and Bayern Munich, it was well-known that if you could get past the initial pressure exerted by Pep’s teams, you had a chance to catch the defence short-handed – something that Chelsea, Palace and especially Wolves have done.

Liverpool are a cut above all three of those teams, and have the ability to demolish what feels like an ageing Manchester City side. Fernandinho doesn’t seem to be able to recover as quickly. David Silva is missing more games than usual. De Bruyne isn’t quite fully fit yet, and Aguero isn’t his usual prolific self.

Recent history isn’t looking favourably on Man City’s chances either. Liverpool beat their rivals three times during the last campaign, and have only lost twice in their last 11 meetings.

Whatever way you look at it, this is a huge game in the title race. Both Man City and Liverpool are gunning for the trophy, and if Liverpool win, they will all but secure it in my eyes. And yet, I see Man City showing up and closing the gap to the top with a convincing 3-1 win. Eventually, Man City will be able to grind down Liverpool as the season progresses. The expected cries from Jurgen Klopp (Liverpool’s coach) will be about how his players are tired, especially if they progress to the latter stages of other competitions. That’s the reason they weren’t able to secure the title.

They then go on to lift the title …