Surprisingly, the first word that came into my mind was the Turkish word for “shameful,” and/or “scandalous”. This word has the perfect letters and meaning to describe the actions of Chelsea goalkeeper Kepa Arrizabalaga.

Look, we have all have moments in our lives when we haven’t wanted to do something our boss wanted us to do, but like most people, we end up doing it, because that’s what grown-ups do. Yet, football players seem to think that normal rules don’t apply for them.

For the people living under a rock, or who have no interest in sport, the basics are that, during the Carabao League Cup Final on Sunday between Chelsea and Manchester City, the Chelsea goalkeeper, in an act of defiance, refused to come off the pitch in the face of head coach Maurizio Sarri’s clear annoyance. Roughly 82,000 fans packed into Wembley Stadium, and the millions watching on television, caught a glimpse of what can only be seen as disrespect.

With extra time coming to a close, and penalties beckoning, Maurizio Sarri and his team wanted to make a tactical substitution by bringing on Willy Caballero. This was clearly a pre-determined decision, and one that could definitely be vindicated when considering Caballero’s excellent reputation as a specialist at saving penalties. The only problem was that Kepa clearly didn’t get the memo, or more likely, didn’t care about the memo. 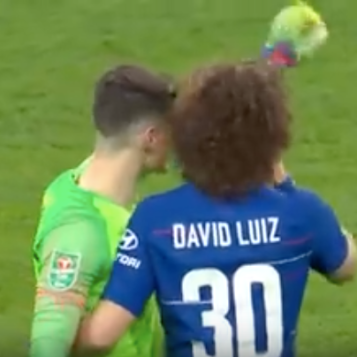 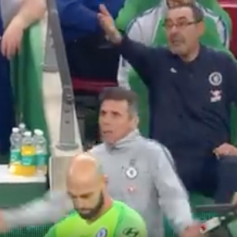 Maurizio Sarri was overcome with rage, and who could blame him? He was shown great disrespect in front of millions. 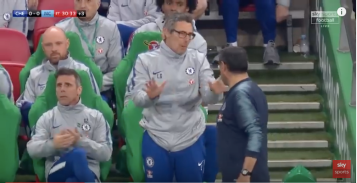 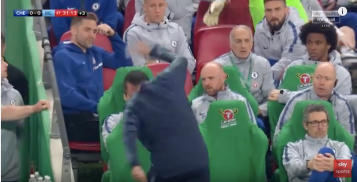 Sarri wasn’t sure what to do, and he ended up having to give in. This was yet another example of a player’s defiance paying off, and Sarri was not happy about it, to say the least. (The faces of the players on the Chelsea bench say it all.) 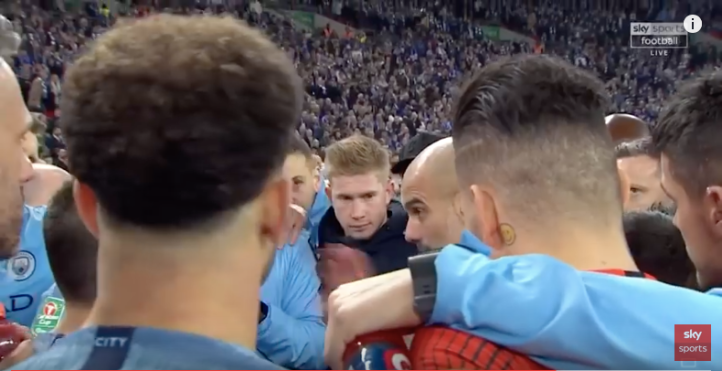 As soon as the final whistle went, it was clear which team was feeling more like a collective. Kepa wouldn’t even look at Sarri, and Sarri was out for blood. Most importantly, Caballero had to be consoled by the team coaches.

The Outcome and Aftermath

Man City went on to win 4-3 on penalties. Kepa saved one penalty, but made a huge mess of another, which he should have saved from Sergio Aguero. But the talking point was clear, and the  press were waiting for Sarri with questions about his goalkeeper’s refusal to come off.

Sarri, as expected, came out and faced a bombardment of questions about the incident. He said that Kepa was right to want to stay on, but wrong to conduct himself in the way he did.

Sarri went on to say that it was a substitution based on injury, because he thought Kepa was injured, and he wanted a fully-fit keeper in goal for the penalties. Apparently, Kepa wasn’t injured and hence refused to come off.

Yet, before the penalties, even after the doctor’s words, both Sarri and Caballero were very upset. Caballero was having to be consoled by team coaches, while Sarri was being held back by Anthony Rudiger.

It was clearly a tactical substitution.

There is footage before the penalties of Kepa studying information on a phone. I guess he got a very important message from his mother about something. Or, more likely, he was being given the information that Caballero would have memorised and trained for throughout the week leading up to the game.

After the loss, Sarri reportedly went back to the changing room and sat there by himself for a good amount of time before going to receive his runners-up medal.

Coming into the game, Sarri was under huge pressure. He made changes, and his team played fantastically. But that refusal has over-shadowed the entire performance. In professional football, when your number comes up, you go off and that’s it. What kind of message does this send to the rest of the footballing world?

The Chelsea board have some huge decisions to make regarding Sarri and Kepa Arrizabalaga. They seem to have sided with Maurizio Sarri at first glance, and rightly so. Kepa – Chelsea’s record signing at £71.6m –  has been fined a week’s wages (a reported £195,000), which will be donated to the Chelsea Foundation. An amount that is, truthfully, just a drop-in-the-ocean for the Spanish goalkeeper. But this will not be the end of this debacle, and many people will be interested to see who starts in goal in the next few games.

Next up for Chelsea is a big game against local rivals Tottenham in the league on Wednesday evening (Feb. 27). Tottenham are currently in third, while Sarri’s team – including Kepa, I guess – are in a battle for fourth (the final Champions League spot) with Arsenal and Manchester United. A defeat could signal the end for Sarri, especially after the incident on Sunday.

I guess if Maurizio was to depart, not everybody would be Sarri to see the back of him.

Follow The Sports Gent On "Tour" on WordPress.com
Join 65 other followers