This year’s NBA All-Star game will be held in Chicago, Illinois, and is expected to be slightly more competitive because of the new rules that are going to be implemented. Rules, which I think will be detrimental to the event.

For many years, the All-Star games were a battle between the best players from the Eastern and Western Conferences. The game would be full of plays more expected from the Harlem Globetrotters rather than seasoned NBA professionals. However, the recent decade saw the Wetern Conference dominate, leading to a major change. It was no longer East vs West, but a draft would take place to determine the teams. This change made in 2018 was the perfect way to improve the spectacle.

Team Captains for the All-Star game (Via Wikicommons)

The captains are determined by fan voting, with the highest vote getters from the two conferences given the honour. The captains then go on to pick their teams in a live draft. 2018 and 2019 saw Team Lebron (James) emerge victorious against Team Stephen (Curry) and Team Giannis (Antetokounmpo). This year the event was going to be a repeat of last year with Team Lebron vs Team Giannis. Unfortunately, the recent passing of Kobe Bryant has affected the rules.

The NBA has taken it upon themselves to pay their respects, honouring Kobe by altering the game structure, which is going to have a negative effect to the event in my opinion.

What are the new rules?

The first three quarters will have a financial reward of $100,000. The winner of each quarter will be given the money, which they donate to their chosen charity. During the three quarters, there will still be a total score that is relevant. For example, If Team Lebron wins all three quarters with a score of 33-32, they will be leading 99-96 overall and have $300,000 in the bank.

The final quarter will have a reward of $200,000, and a target score that must be achieved. The target score will be determined by the leading team’s score plus 24 points. So, if Team Lebron is leading 99 – 96 at the end of the third quarter, the first team to reach 123 will be declared the winner of the match and the money. The reason for 24 is because that was Kobe’s number. The game MVP trophy given to the most valuable player will also be named after the Laker’s legend.

Is it a good idea?

Nice touch for sure, but it is punishing the fans. Scoring the 24 points for the leading team could take three minutes, resulting in the fans losing out on nine minutes of high quality basketball, which they have already paid for. It just seems that naming the MVP trophy after Kobe should have been enough, and messing with a system that seemed to be working was not the best way to go.

Thinking ahead, this now sets a precedent for the NBA to honour other greats that pass away. Something they haven’t done in the past, and will be unable to do in the future.

Dwayne Wade, not such a nice guy after all.

The All-Star game will be the final event of what has proven to be an exciting, but controversial weekend. On Saturday, Buddy Hield (Sacramento Kings) beat Devin Booker (Phoenix Suns) and Davis Bertans (Washington Wizards) to the 3-point contest title thanks to his last shot being successful. Miami Heat’s Bam Adebayo took home the skill challenge trophy by showing great dribbling, passing and shooting skills. But, the talking point was when Aaron Gordon got robbed for the second time in the dunk contest, and the judges handed the trophy to Derrick Jones Jr (Miami Heat).

“I feel like I should have two (dunk) trophies”
(Aaron Gordon)

After a long dunk contest where Derrick Jones Jr, and Aaron Gordon had demonstrated perfect dunk after dunk, Jones Jr scored 48 for his last dunk, and according to rapper Common, the plan was to award Gordon the same score and call it a tie. However, one of the judges, Dwayne Wade, had other ideas. You see Dwayne Wade is a Miami Heat legend, and an ex team-mate of Jones Jr. He decided to give Aaron Gordon a 9 for dunking over Tacko Fall – the tallest player in the NBA at 7-foot-5 – and then quickly left the stage after that. That 9 was one less than the agreed amount, and left Aaron Gordon 1 point behind his opponent. 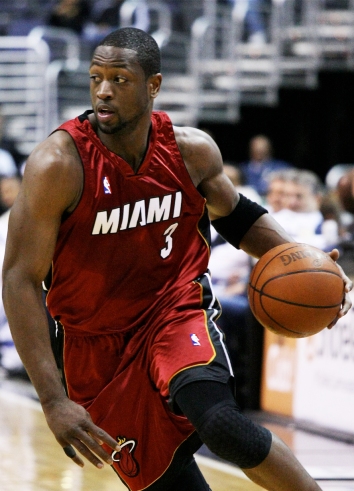 Aaron Gordon, is the best dunker in the NBA, and he put it best by saying, “I feel like I should have two (dunk) trophies”, but he has none.

So, with only the All-Star game left, expect unlimited clips in honour of Kobe, hopefully some entertaining basketball, and You know the NBA will want Kobe’s widow Vanessa Laine Bryant to attend. She, will likely not, but Kobe will probably be around…

Follow The Sports Gent On "Tour" on WordPress.com
Join 65 other followers