As mentioned several days ago, Julen Lopetegui has been relieved of his duties at Real Madrid. So now, the question on every football fan’s lips is: Who will be the next permanent manager?

As it stands, ex-player Santiago Solari has taken the role as caretaker-manager. This basically means, “You are the manager until we find someone who is actually worthy of the position.” Now, that doesn’t mean that Solari has no chance of being named the permanent manager. Historically, many clubs use caretaker-managers to give themselves a chance to make the right appointment, and then end up giving that individual a full-time position, especially if those in power see a rejuvenated team start to perform.

It is also very important to know that a club like Real Madrid prefers to appoint managers who have grown up with, played for, or been involved with the club in the past. They need people at the club who understand the Madrid way, so they can eliminate the need for a honeymoon period. Solari fits the bill in this instance, as he was the manager of Real Madrid Castilla (Real’s reserve team) and, prior to that, was in charge of the youth team at the club. He also played over 130 games for the club between 2000 and 2005.

When you put these aspects together, Santiago Solari is rightfully the bookies’ favourite to be given the permanent manager role, especially if he can get the team playing well. He will be following in the footsteps of Zinedine Zidane, who was promoted to Real Madrid manager whilst being in charge of the reserve team.

Unfortunately for Solari, I don’t think he has the technical nous or knowledge to be successful at the top of the game, meaning that Perez will need to look elsewhere.

That leads us nicely onto the most obvious candidate … Antonio Conte.

Conte is currently available, which makes him a fantastic target. As Real Madrid will not need to pay any compensation to another club for stealing their manager from them. After forking out a fortune to sack Lopetegui, this might be the best option for them. Plus, it’s not like Conte is a terrible manager. He brings with him a fantastic record, winning five trophies in his three years in charge of Juventus (3x Serie A, 2x Supercoppa Italiana), receiving plaudits as Italy manager, and picking up a couple of trophies in England with Chelsea (Premier League and FA Cup). Conte is a winner, and Real Madrid need to find a way to win.

Yet, Perez will be tentative to go knocking on Conte’s door just yet. Last thing anybody at Real Madrid wants is a manager who will happily criticise the board members in front of the media, or sulk at not getting what he wants (both of which were things that Conte was happy to do regularly before getting the boot from Chelsea chairman Roman Abramovich).

My Italian isn’t up to scratch, so, I can’t verify what he is saying … but going on his facial expressions, he isn’t being very nice…

Other alternatives may include Roberto Martinez (Belgium’s coach), Joachim Lowe (Germany’s coach), or Jose Mourinho (with Manchester United). Unfortunately, those options wouldn’t be of any use to Real Madrid, as they are all tied up in well-paying jobs elsewhere.

So, it comes down to one of two options, as I see it: 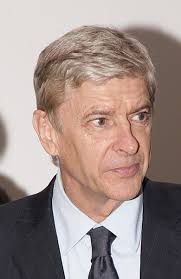 Perez’s first choice is likely to be Mauricio Pochettino, who would be an exceptional fit for Real Madrid. Pochettino is a manager who has won plaudits wherever he has gone, despite not having any trophies to his name as a manager. Unfortunately for Perez, he is unlikely to get his wishes right now, and would have to wait until the end of the season before finalising any deal for Pochettino. The added bonus for waiting would be that Pochettino would probably be able to convince star striker Harry Kane to come along with him.

The only other possibility for Real could be to hire Arsene Wenger. Wenger has been out of work, by choice, since he resigned as Arsenal’s manager at the end of last season, after 22 years in charge. This opportunity with Real Madrid may be the one that brings Wenger back into management, as it’s a club that has the right tools for him to be successful.

It is important to know that Real Madrid do have time to make the right decision for them, as neither Mauricio Pochettino or Arsene Wenger are likely to be signing a contract anytime soon. Pochettino will not leave halfway through a season; he has clarified that on many an occasion. As for Wenger, he is only likely to join a top team from a top league, and that list is not very expansive. Especially if you rule out that he would unlikely go to Arsenal’s rival team, and all the other major teams are pretty happy with their managers, as it stands.

What will happen then?

For me, one of the following two possibilities will materialise, but it all depends on how Solari gets the team playing.

Option No. 1: Hire Solari until the end of the season and then approach Pochettino. He will very likely take the job. This option would be perfect, knowing that Wenger could be a very likely back-up.

Option No. 2: Approach Wenger now, knowing that he will definitely want a long-term contract. As a result, approaching Pochettino would be out of the question come the end of the season.

Whatever way you look at it, there will be a quality manager at the helm next year. Teams like Real Madrid don’t stay in a slump for too long.

One thought on “Who Next For Real Madrid?”

School trip to Beijing Water Town. When I see this many kids in one place, I would’ve naturally turned away and gone home...not an option this time. #school #trip #beijing
A great day out to Beihai Park （北海公园）before the major crowds came flooding in.
I know I didn’t order this!
Nando: “We must spoon for warmth, and need a comfortable place to do it...”
Loading Comments...
Comment
×
<span>%d</span> bloggers like this: